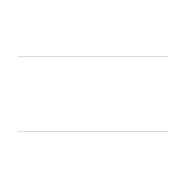 The Ritual of Alpha Epsilon Delta

Families and friends of the Candidates should be invited to the Initiation Ceremonies and shall be seated in the room before the initiation ceremony begins.

Candidates for initiation are presented at the door of the initiation room by the Sponsor. The door is kept by a Warden.  When the Candidates are ready, the Sponsor raps on the door, the Warden addresses them:

Warden: “Behold ye Neophytes, the coat-of-arms of Alpha Epsilon Delta! Regard it as the devices on it are revealed, because each of them has significance:

The ceremony then proceeds as the President says:
“Regard the Coat-Of-Arms.  Mark well its devices.  Give heed now the words of your officers.”

President:  “I am stationed under the skull, which represents our greatest enemy—death. More especially is death an enemy to us, for we have chosen to fight death not only for ourselves, but for others. Ours is indeed a sacred trust, and as we advance through the years, we are enjoined by that grim specter of the death’s head never to relax our vigilance, though it means death itself for us.

Our vigil teaches us respect for death, and it is our intent to teach those less familiar with death that same respect, for respect means caution, and those who are cautious are wise, and those who are wise run the hazard more safely. We teach by example, and expect no greater reward than our final fight with death shall be a little more peaceful.

I am stationed under the skull.”

Vice-President:  “I am stationed under the book, which represents our greatest temporal ally against our enemy, for it is by means of books that knowledge wrested from death by our forebear’s fight is preserved for us. Not only do we gain knowledge from books, but also do we gain inspiration to follow and glory in our forebear’s example. Listen as the book speaks: `Behold, I am diligence and character. Mark you well my words, Oh Neophytes! Without me you are as nothing.  All that you do is in vain. Your endeavor shall come to naught, and whatsoever you say becomes as dust scattered by the wind. Without me, carelessness, idleness, and disrepute shall follow you, for I am diligence and character.’ Thus speaks the book.

Yet, while relying much on books, we are to realize that however wise our forebears were, they were human and therefore possessed of the same weaknesses as we, and subject to the same human errors as we; so we do not rely too much upon books. Neither do we rely too much upon our own writings, but attempt to instruct and guide our followers rather than bind them with doctrine and dogma.

I am stationed under the book.”

Secretary:  “I am stationed under the wreath. The wreath is our one temporal reward for our ceaseless endeavors to ease the pain and still the cry of humanity.  Those who wear the wreath wear the respect of society. Those who allow the wreath to fall from its rightful position above the helmet shall be damned, for the wearer of the wreath labors under a grave responsibility. Upon that wreath lies the respect and love of humanity that has accumulated for centuries, and those who soil the wreath are damned by their colleagues, their society, and their God, for the respect of all rests upon each.

Take good heed to your character, Oh Neophytes, that your character be that which lies within the soul of humanity. Character is the emblem of nature in its highest form—the mark of disposition, force, and personality. These are qualities not obtained in a day, but gathered through the weary years.

I am stationed under the wreath.”

Treasurer:  “I am stationed under the esquire’s helmet. The esquire’s helmet indicates that we are not unarmed in our fight against the skull.  Our armor is the result of experimentation, often at great cost, and it is constantly proving itself more valuable. The closed visor indicates not blindness, but a complete preparedness at all times to do battle with the skull.

You have already been shown the foundation—diligence and character.  Now you must build. The two builders of our profession are research and technique, which are inculcated in the armor. Research is that untiring devotion to detail in the solution of some problem. Remember research as one of the pillars of the profession. Technique must go hand in hand with research. You must become master of your habits; whether it be in the laboratory or examining room, your whole being must be certain and reliable. With technique comes confidence and assurance, and with these the privilege of serving humanity to the best of our ability.

I am stationed under the esquire’s helmet.”

Historian:  “I am stationed under the shield, which is a Norman Shield and therefore consecrated.  The holy shield is the bearer of the charge and my duty is to see that no unsightly charge is blazoned thereon.  The shield bears one charge on the honor point—a holy Greek Cross.  The shield bears inspection by all who wear it through the ages, and always have the blots upon the surface of the shield been vindicated and honorable erased.

I am stationed under the shield.”

Reporter:  “I am stationed under the caduceus, which extends from the fess-point to the middle-base. The caduceus was the staff of Mercury, the messenger of the gods.  Like Mercury, it is my privilege to carry messages from one disciple to another.  But the caduceus carries a yet more profound meaning.  It signifies truth, speed, accuracy, leadership, and service to humankind. Think not, Oh Neophytes, that you may attain such a state so easily. Go — seek ye the way to service and turn not aside for splendor or riches, but remember always your one mission in life to better humanity.

I am stationed under the caduceus.”

Chapter Advisor:  “I am stationed under the Coat-Of-Arms.  My office fills the veins of the organization. I am the bonds of the ring. My mature opinion and experienced guidance are given when needed — not intended to interfere or oppose. I harmonize the component parts of the Coat-Of-Arms. I keep the motto of our society foremost in the mind of each member. `Truth I pursue’ in fact, is transformed into `Truth I pursue’ in spirit.

I am stationed under the Coat-Of-Arms.”

The President then arises and reads the following to the Candidates:

“Fellow students, it becomes my honor and pleasure to receive you as members in Alpha Epsilon Delta. This Society attempts to inculcate in the mind of the pre-health professional student those motives, attributes, and ideals, which make health care a most honorable profession. At the same time it provides recognition and reward for meritorious accomplishments by the pre-health professional student of worthy character and desirable personality.

Your high scholastic standing has commended you to our consideration for membership in this Society, but scholarship alone is only one of the important qualifications essential to success in the field of health care. You have also been found to possess those qualities, which are even the proud heritage of all noble men and women, which collectively constitute character and make you a desirable candidate for the health care professions. Purity of life and thought and love of truth are not only a moral responsibility, but also a practical necessity. We wish to congratulate you upon all these attainments, and we shall expect a record equally as commendable for the remainder of your collegiate and professional career. We are glad to have you as a member and we invite you to partake of the activities, the pleasure, and the responsibility, which the society affords.

Medicine, like the other sciences, had its beginning with primitive people, who slowly acquired a knowledge of chemistry and its application to the human body.  Truth comes only through knowledge. Long years of inevitable progress have raised us to a partial appreciation and mastery of the living universe. However, the goal has not been attained, for only in the God of the Universe is the heart of truth. There remains — LIFE — the nature of which has not been solved. As apostles of science we appreciate the beauties, the ideals, the principles, and the mysteries associated with the study of the human body. We have come to realize that our AIM must be to learn more and more concerning those basic physical and biological sciences, a knowledge of which has been so fundamental in the development of our understanding of the HUMAN BODY in Health and Disease, and the application of which has been found to be so essential to the intelligent delivery of health care.  If we are to succeed, we must adopt as our slogan the motto of the society — “Truth I Pursue.”

The President shall then ask the Candidates:

“Are you willing to accept the responsibility of membership in this Society, if so, please signify by saying, “yes.”

After receiving a favorable reply, the President shall say:

“Will you please repeat the following pledge after me, giving your name at the appropriate place:

I, (your name), pledge my allegiance to Alpha Epsilon Delta and promise
to assert myself to the best of my ability in the pursuit of Truth.”

The President shall then instruct the Candidates:

“Please come forward and sign the Chapter Roll as your name is called. The officers and members will rise and form a line so that they can welcome each new member after the initiate has signed the roll.”

The Secretary shall call each name and after the new member has signed the roll, the initiate goes down the line to be greeted by the officers and other members.

It is suggested that this ceremony shall be followed by a luncheon or dinner, after which some distinguished person shall give an address on an appropriate subject.